WILLIAM ROUSSEAU : PLAYER OF THE WEEK 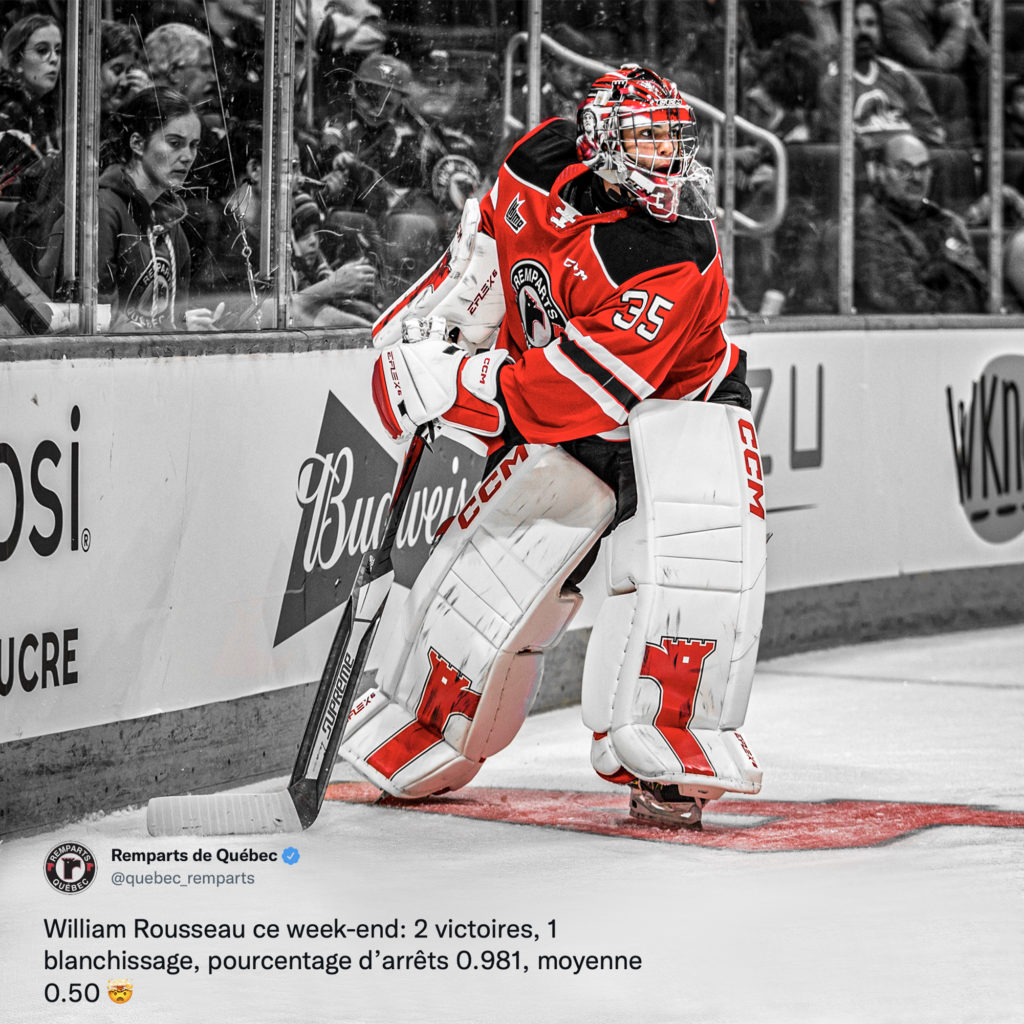 Montreal, QC – The first QMJHL Player of the Week for the 2022-23 regular season is goaltender William Rousseau of the Quebec Remparts. In a pair of games, the 19-year-old from Trois-Rivieres, Quebec went a perfect 2-0 with a 0.50 GAA and save percentage of .981% as the highly touted Remparts began its season undefeated.

I Friday night’s season opener, Rousseau gave the Quebec fans something to cheer about right away, stopping all 23 shots he faced and earning first-star honours for the game. His flawless performance was crucial in the Remparts’ 1-0 victory over the Chicoutimi Sagueneens.

On Saturday night, at home once again, the third-year veteran continued his hot streak. His 30-save performance helped lead the Remparts to a 3-1 triumph over the Victoriaville Tigres. Again, named the contest’s first star, Rousseau’s bid for a second consecutive shutout to start the season was denied with just over four minutes remaining in the third, ending a streak of almost 116 minutes without allowing a goal to start the season.

Rousseau was selected by the Remparts in the fifth round of the 2019 QMJHL Draft. His stellar start to this season reflects his impressive performance last year, when he rang up a 23-8 record with a 2.45 GAA and three shutouts. 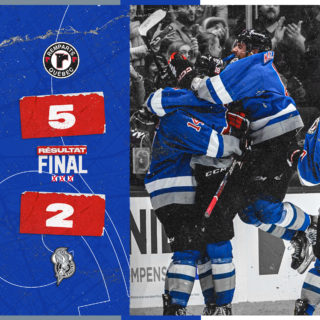 A new team record!
6 days ago 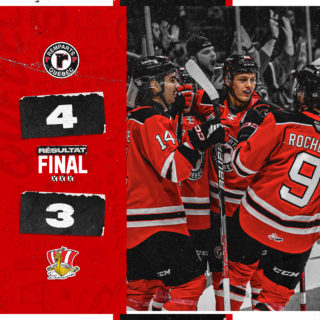 A 20th victory this season!
7 days ago 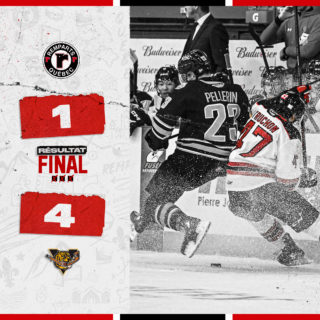 Second defeat in a row
1 week ago 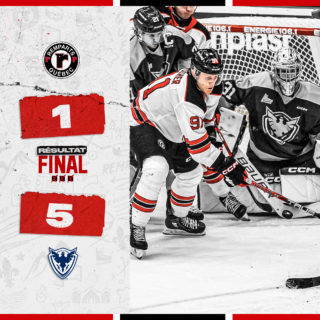 Every good thing has an end
2 weeks ago 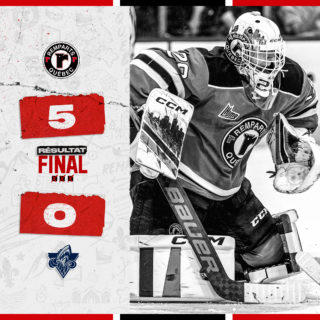 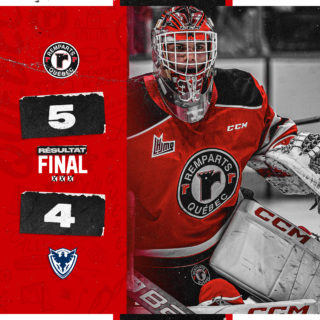 THE 7TH PLAYER MAKES THE DIFFERENCE!
2 weeks ago